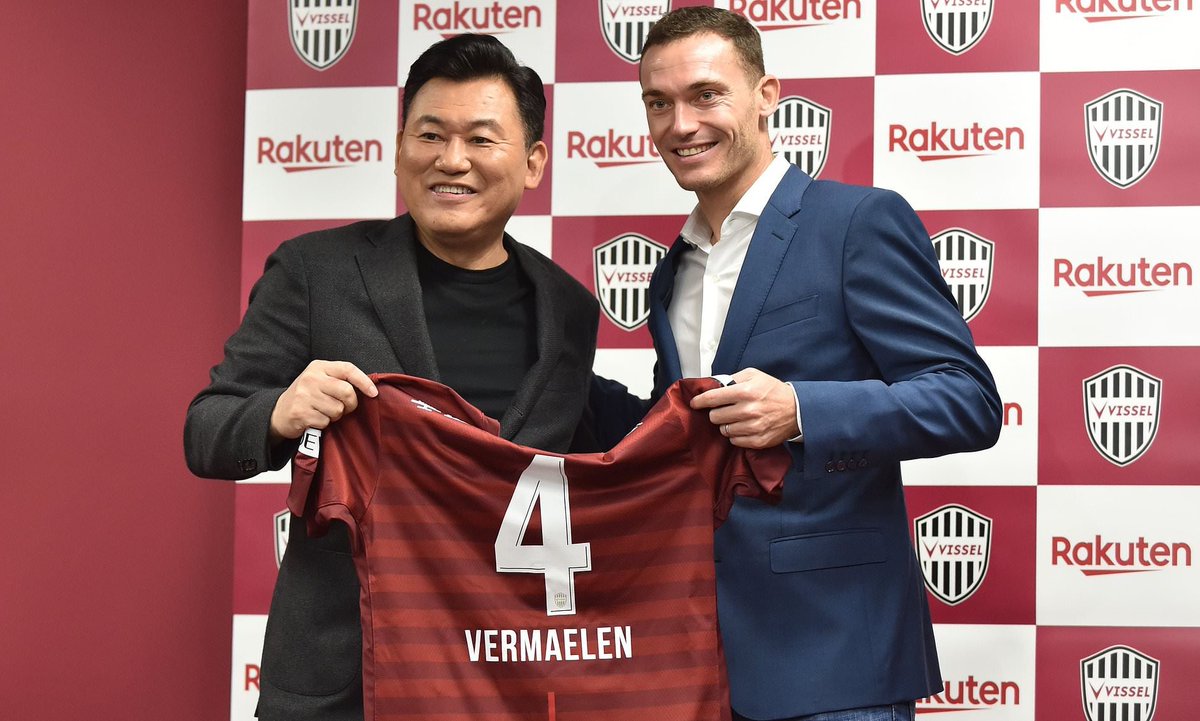 Thomas Vermaelen made his debut for the Ajax Amsterdam first team during the win over FC Volendam on February 15, 2004. He celebrated his professional debut with a win thanks to the 2-0 away victory over FC Volendam. He won the first of his five major trophies at Ajax during that season. Vermaelen was part of the Ajax Amsterdam squad that won the league title at the end of the 2003/04 Dutch Eredivisie season. END_OF_DOCUMENT_TOKEN_TO_BE_REPLACED

Thomas Vermaelen won one major trophy during his time at Arsenal. The Belgian national team defender spent five years at Arsenal before Spanish giants Barcelona paid around £15m to sign him in the summer of 2014.

Arsenal snapped up Thomas Vermaelen from Dutch Eredivisie side Ajax Amsterdam on June 19, 2019 for a reported initial fee of €10m rising to €12m with add-ons. His Gunners debut came in the Premier League opener at the start of the 2009/10 season and he was able to celebrate the occasion with a goal. Verminator as he’s fondly called had earlier been handed the number five jersey at Arsenal after KoloToure left the club for Manchester City. Thomas Vermaelen scored in the first half as Arsenal thrashed Everton 6-1 away from home. The goal against the Toffees was the first of many in an Arsenal shirt. END_OF_DOCUMENT_TOKEN_TO_BE_REPLACED

Vermaelen didn’t start the Euro 2020 tournament in the starting XI as he was benched for the Red Devils’ opening game against Russia. He came on for fellow utility defender Jan Vertoghen in the final quarter of the game as Belgium kicked off their campaign in style via the 3-0 thrashing of the Russians. New Chelsea striker RomeluLukaku was the star of the show as he scored a brace either side of the strike from Borussia Dortmund fullback Thomas Meunier who came off the bench for the injured TinothyCastagne of Leicester City in the first half.
END_OF_DOCUMENT_TOKEN_TO_BE_REPLACED

A lot of people expected Belgium to be one of the major contenders of the recently concluded UEFA Euros tournament, but their campaign ended in a rather shocking and unexpected fashion. Although they were knocked out by one of the favorites before the tournament and eventual winners, Italy, the strength they had in their squad made a lot of people think that they would have a better campaign than they did. Belgium fielded some of the best players in the world currently from the goalkeeping department right to their attack, including Thibaut Courtois, Kevin de Bruyne, Romelu Lukaku, and others.

While they broke the hearts of many following their exit from the tournament, they are still forgiven for losing to a worthy opponent. But according to their former player Thomas Vermaelen, the Belgian Red Devils will prepare to have a better World Cup campaign next year. The likes of France, Germany, the Netherlands, and Spain also had dismal performances at the Euros, but they all have the opportunity to regroup and prepare for football’s most prestigious competition – the FIFA World Cup tournament which will hold in Qatar next year.
END_OF_DOCUMENT_TOKEN_TO_BE_REPLACED

Former Arsenal defender Thomas Vermaelen has hit out at the critics that have been calling for the head of Belgium head coach Roberto Martinez. The Belgian Red Devils’ boss came under heavy criticism after his side were knocked out of the Euros 2020 following a 2-1 defeat at the hands of Italy – the eventual winners of the competition.

Belgium fought a good fight against the Azzuri but were not able to overcome their more motivated counterparts and they eventually had to bow to defeat and out of the tournament as well. The result caused a lot of people to ask the Belgian Football Federation to replace Martinez, but Vermaelen thinks it is not right.
END_OF_DOCUMENT_TOKEN_TO_BE_REPLACED

Inter Milan striker RomeluLukaku produced one of the best performances in the ongoing Euro 2020 tournament till date when he scored a brace to lead the Red Devils of Belgium to a 3-0 win over hosts Russia in a Group B clash played at St. Petersburg at the weekend.

RomeluLukaku is seen as one of the best strikers in European football and he justified that tag with his two goals to continue his wonderful scoring form for the Belgian national team. The Nerazzuri hitman has scored 62 goals in just 94 games for his team on the international stage thus making him one of the active highest goalscorers in international football.
END_OF_DOCUMENT_TOKEN_TO_BE_REPLACED

It looks like Barcelona fans have finally found a reason to be excited for the future according to the latest reports making the rounds in the media. The Catalan giants have had to endure some lackluster spells in the last seasons and have fallen short in terms of being one of the most feared teams across Europe. This season particularly, they were at one of their worst states and could not compete for major titles as well.

They lost the Spanish La Liga title to Atletico Madrid and were knocked out of the Champions League by Juventus while ending the season with only the Spanish Cup. They also finished third in the league, their worst end to a season in over a decade. However, they are working so hard to create a better future for the club and have started making arrangements for that by already identifying the several players they want to sign that will be a part of the force they want to build in the coming months.
END_OF_DOCUMENT_TOKEN_TO_BE_REPLACED

There is currently both a huge demand and a massive pressure on Barcelona captain Lionel Messi to sign a new contract extension at the club but the situation is a complicated one and it is also one that he has to put under serious thoughts before arriving at a reasonable conclusion. The Barca superstar revealed last summer that he wanted to leave the club and was ready to seek a new adventure at another club in a different country, but he was not allowed to fulfill his desire.

In the public interview where he broke the news, he said he was tired of always being targeted as the cause of the problems at the club and felt that if he left, he would be spared all the blames. But after being blocked from securing a move away, he remained at the club and continue playing for the team on the condition that there would be positive changes made within the club.
END_OF_DOCUMENT_TOKEN_TO_BE_REPLACED

Koeman inherited a Barcelona side that was lacking in confidence and had a lot of work to do in bringing back the fear factor and their spectacular style of play as well. The club did struggle under the Dutch manager in the opening months of his Barcelona managerial career, but after those struggles, a lot has changed and he has put a lot of things in order as well.
END_OF_DOCUMENT_TOKEN_TO_BE_REPLACED