You would have laughed if somebody had told you at the start of the New Year that in three months’ time, Arsenal would be in a position to give Chelsea a run for their money for the Premier League title, but, that’s what has happened.

The Gunners have been unpredictable in the Premier League in the recent times. They always tend to play differently in the two halves of the season.

If they start slowly, they would come back later on and shake everybody up and if they get off to a good start, you would think that they are going to mess it up at some stage. That’s sort of team they have become. The previous season, they were one of the favourites for the title going into the winter transfer window and the end result was that they did not even end in top 3. This time, it’s been opposite. They have gone from down to up. 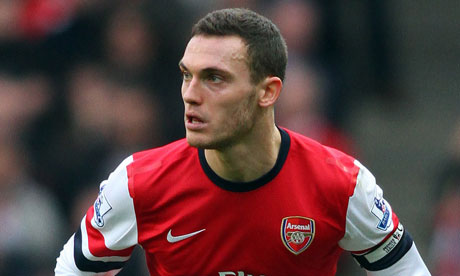 You would think that it’s virtually impossible for Arsenal to knock off Chelsea from the top of the league no matter how well they play in the rest of their games, but for all those fans who bet and watch the match live, Arsenal are winning game by game, and slowly but surely making an impression. Going by mathematics, there is still some sort of chance in the Premier League. You cannot count them out. Being the unpredictable side that they are, they can pull off that unthinkable.

Monaco is a great defending unit, no doubt – you don’t keep 13 clean sheets in 17 games without having a solid set up at the back- but, the Gunners have not got the worst attackers in the world and they have got some momentum with them. The FA Cup title is there to defend as well for Arsenal. It’s definitely not a bad time to be an Arsenal supporter.