Inter Milan striker Romelu Lukaku has said that the team must prepare well for the semi-final clash of the Europa League. The Belgium international was on the scoresheet in the 2-1 win over Bayer Leverkusen in the last eight of the competition, but the margin of victory could have been greater, had the Nerazzurri taken the chances at hand. 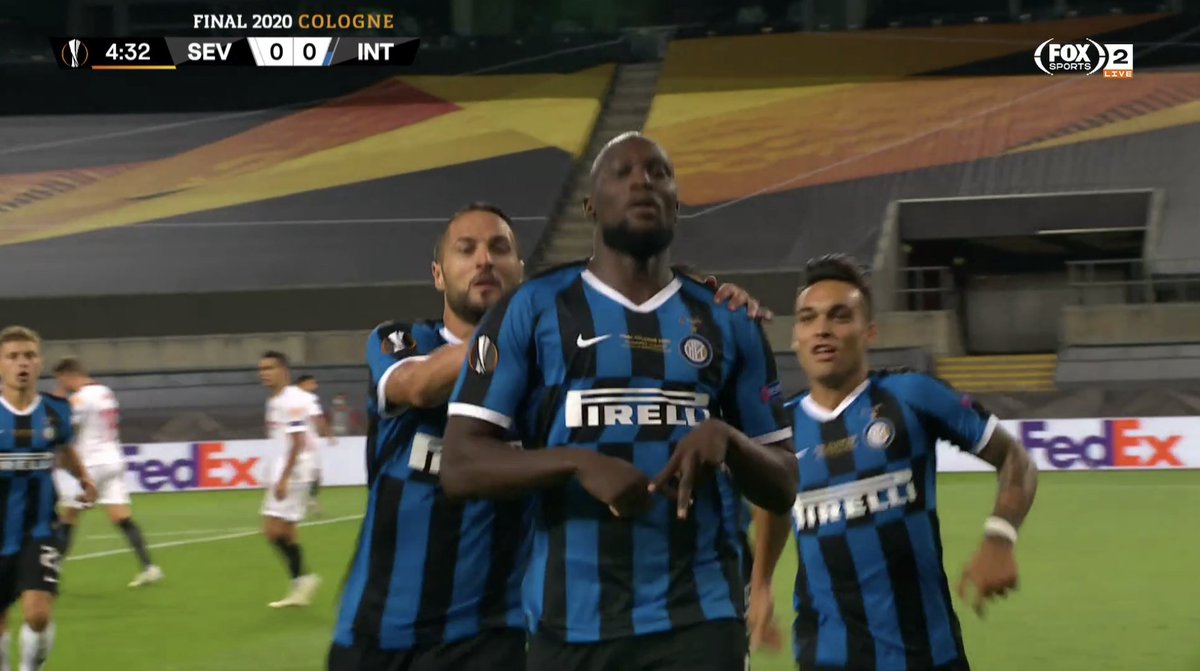 A number of chances were squandered over the course of the 90 minutes but ultimately, they managed to seal the victory which sees them into the last four of the competition. They are scheduled to face either Shakhtar Donetsk or Basel in that game and prior to that, Lukaku feel his team must be ready with good preparation.

He told: “The goal record? Records are always good, but winning is much more important for us. Leverkusen are a good team, we did well, but we missed too many chances, we have to close the games out. Physically we are fine, but mentally we are also growing. We have to grow more because we have been so wrong.Now these matches are finals, there is only one chance to win. We now have a week to recover for the next game. We have to prepare well, it is a semi-final, it will be a great match and we must be ready.”

Lukaku recently matched Alan Shearer’s 2005 record after scoring in eight Europa League games on the bounce and he managed to surpass the feat against Leverkusen. The Nerazzurri are favourites to reach the final of the competition later this month where they could come up against Manchester United, Wolves or Sevilla. The Red Devils recently beat Copenhagen 1-0 in added extra-time and they are scheduled to face either Wolves or Sevilla in the final four of the Europa League. Meanwhile, Inter are aiming to win their first trophy since their Coppa Italia triumph in 2011.